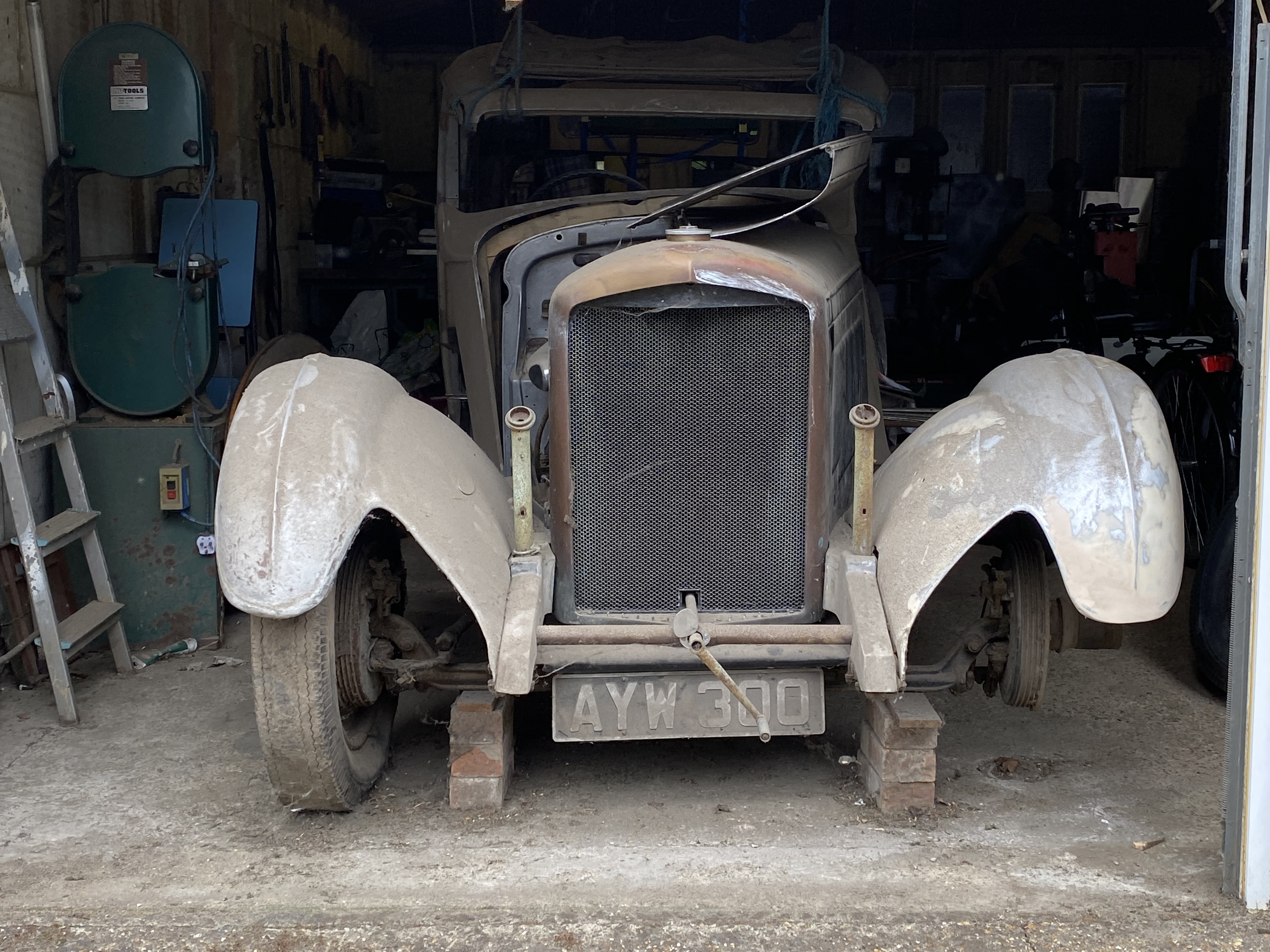 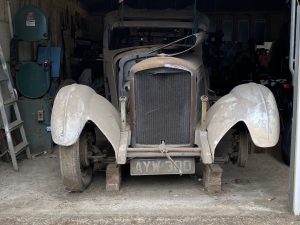 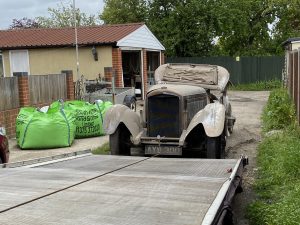 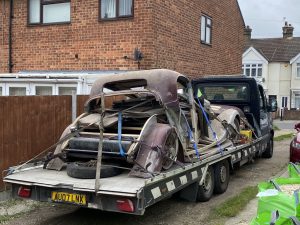 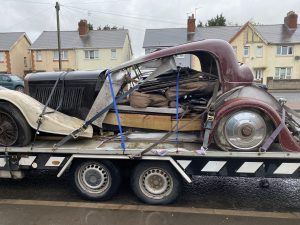 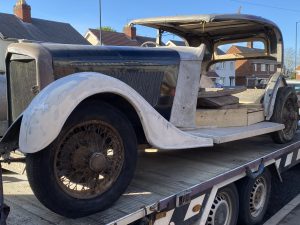 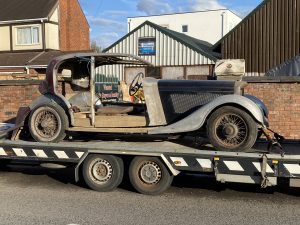 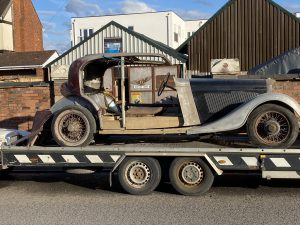 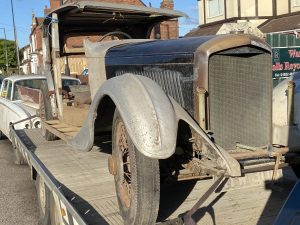 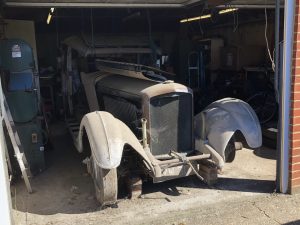 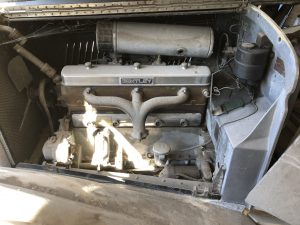 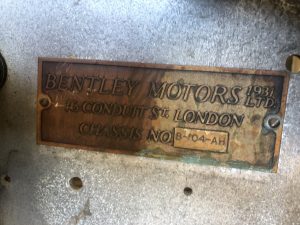 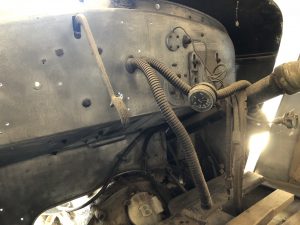 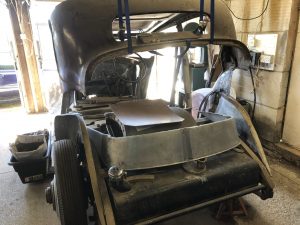 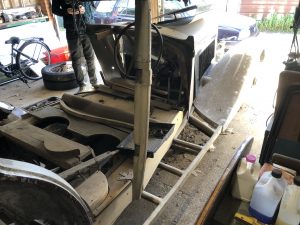 I was contacted by the late owners son on 09/04/21 asking if we would be interested in his late fathers Derby Bentley.

well of course me having a prewar Bentley fetish I couldn’t resist a viewing.

the day of Prince Philips funeral Tom and I woke early filled the old VW golf up with diesel and set off for Grays Essex.

it was a long but clear drive Tom and I were discussing what might be awaiting us on our arrival ? A fully restored car, a part restored car or a box of bits ? Either way it’s still really exciting to be the first in the garage.

we arrived at around 9:45 and were met by Hazel the late owners widow.

she was a lovely soft spoken woman and offered tea and biscuits, she said make your way round to the garage and I’ll see you there.

Hazel came through the house and opened up the side door on the concrete prefabricated double tin roofed garage, and said you go ahead whilst I make the teas.

The excitement of entering the door of a garage,barn,workshop to where these cars and motorcycles are sleeping is really like a rush from a drug (I imagine)

there isn’t really another feeling like it.
remember I only had some grainy old pictures so I had no idea what to expect.

as pushed the door open, the cool chill of the garage covered my face, the dust was making lazer like rods through the holes and cracks in the walls of the building, shining onto various parts of the Bentley, it took me a few seconds to  make out what I was seeing,

She slowly revealed herself as this wonderful Thrupp and Maberly bodied 3.5 litre Derby Bentley, she was in a poor state of repair though.

her late owner had started on the dry rot or woodworm ridden woodwork, Derby Bentleys are prone to this in the boot area especially.
he had hand crafted wonderful running boards, bulkhead, front hoop, boot lid frame and all the lower rear framework, new floors to a very high standard.

Hazel then took us into the loft of the family home where we found, Dash, clocks, door window surrounds, new stainless steel exhaust with the Derby Bentley exhaust cutout.

The headlights were there too all in need of re chroming,

then we went to the garden shed and found the seats and the boot skin with the new boot frame.

we could see there had been no engine or drivetrain, brake, axle or suspension work at all and the engine could possibly be seized.

so once we had established what was there and

what is missing we could thrash out a deal, this was done and all parties were happy.

I paid Hazel a deposit and we agreed I would collect the car in the next few weeks.