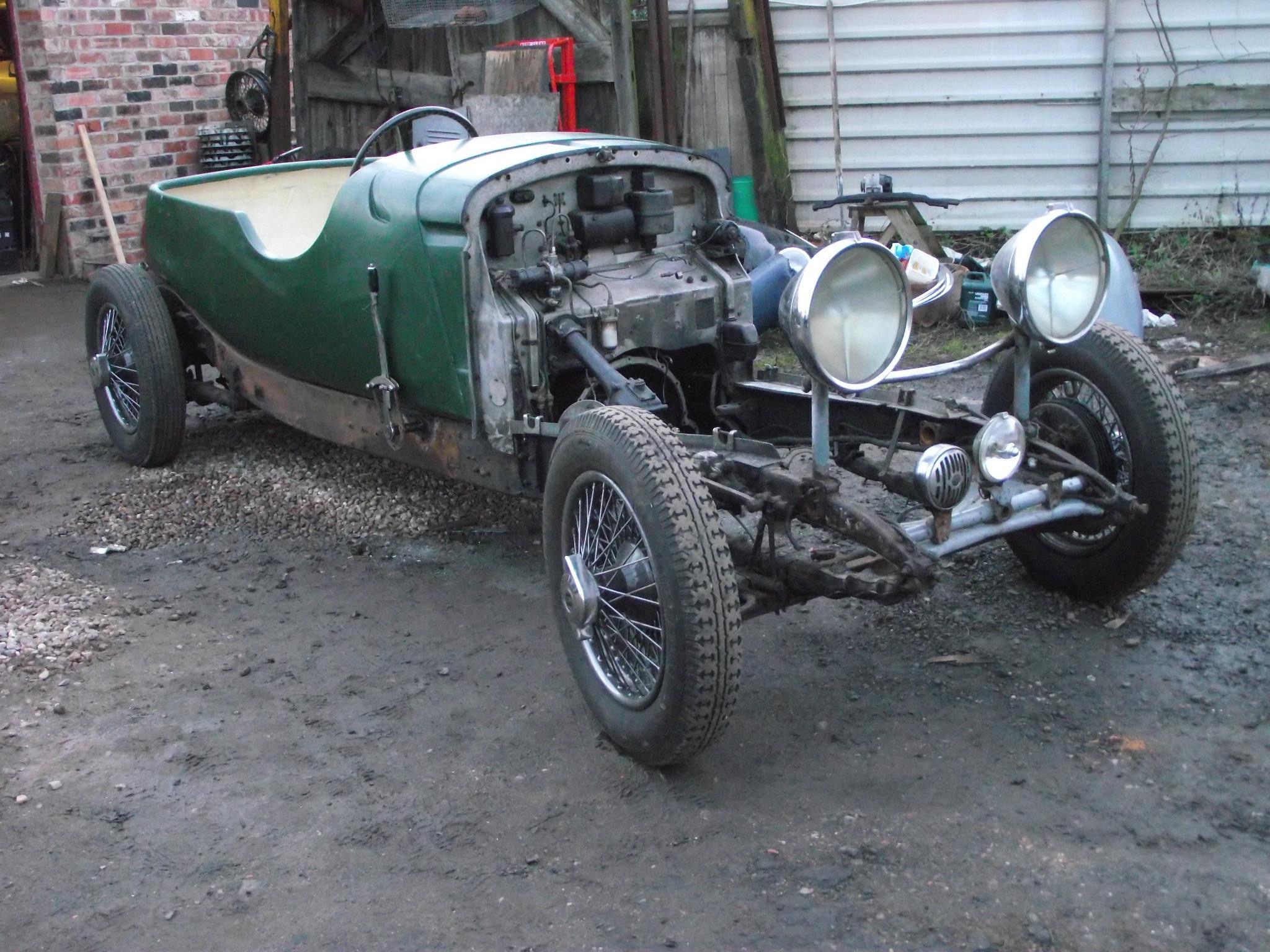 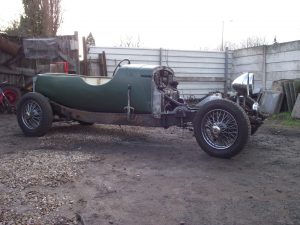 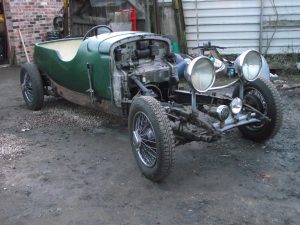 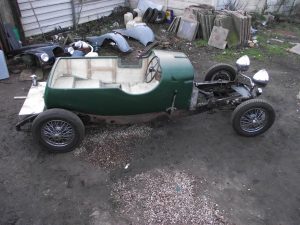 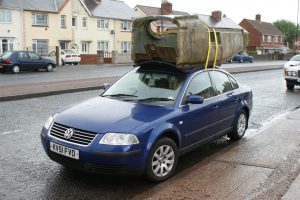 Whilst on our bi annual visit to Beaulieu in 2010 (I think) I came across this mould for a four seater tourer.

it wasn’t well shown and had many parts to classic cars placed on it, however I could see it resembled a Lemans style body, I made an enquiry to the seller who said he thought it was for a a Bentley or a Riley but he really wasn’t sure, the asking price was £1000, so I said I’d give it some thought and come back later in the day.

later in the day I went back to the stall, it was still there, I said I was interested but could he deliver? I said I’m in a VW Passat, he said he couldn’t deliver but if I took it today I could have it for a bit less! So as you can see the deal was done and I happily drove back from Southampton with it strapped to the roof.

These bodies were made by Harry Rose for the Derby built cars and were probably the start of the later designed glass bodies for the Crewe built Mk6 and R Tyoe cars.
There is a reference to this body on page 162 of  Ray Roberts first edition of Bentley Specials and Special Bentleys
the body is a replica of a VDP tourer.

Ray Roberts states that only one maybe two were made from this mould and it was thought that the mould was destroyed by Harry Rose, gladly it wasn’t, Ray says it’s a shame because there were plenty of rough old Derby’s around in the 1950s.

it says no other body exist from this mould.

I, at the time of purchasing this mould also owned a Derby sports saloon with a delightfully ropey Park Ward body that was cracked in many places and the ash frame was severely rotted out in the boot area.

So I decided to source a local company to make me a fibreglass body from this mould.
I found a firm only a mile away to make the tub and waited a few weeks, the three pictures show the tub on my Derby chassis.
I then received requests for 3 more bodies.
two were made and collected by separate owners one being my brother Bill for his Derby which came from the same stable as my car.

some months went by and I paid the company a visit to see the progress on the third body, but to my dismay the firm was shutdown and although fibreglass companies are generally messy and moulds littered everywhere, this place was spotless with not a sign it was ever a fibreglass workshop at all, I made several enquires at local firms and was told the man had gone into receivership and all the moulds were taken to the tip! I was so angry and couldn’t believe this had happened I made more enquires at the building next door and was told someone bought all the usable moulds.
I placed an advertisement on the internet and local paper to try to locate the lost/stolen Bentley mould, I added myself to some fibreglass pages on Facebook and scoured EBay calling all the people selling fibreglass bodies for cars asking them to keep an eye open.
a couple of years went by and I was contacted by a gentleman in Northampton who had a Derby Bentley along with an R type Bentley both for sale the Derby had an unfinished fibreglass tub fitted to it.

on the actual day I was travelling to see these cars I had a phone call from a gentleman who was parked outside my house.

He asked if I was interested in a vintage Bentley body mould for fibre glass bodies 😮.

He was the son of the gentleman who was building the fibreglass bodies for me with my mould, his father had passed away a couple of years previous so he decided to take the valuable moulds and put them into storage, his storage compound was literally 200 yards away from my own storage yard.

luckily for me Noels father had begun the third body and it was still inside the mould.

we agreed a price for the work done and a finders fee so I was reunited with the rare mould.
I still have it.

the third body I had made went to a gentleman in Poland for his Mk6 special that I supplied a modified Chassis to.