My predictions for the vintage and classic car scene in the coming 10-15 years.

My predictions for the vintage and classic car scene in the coming 10-15 years. 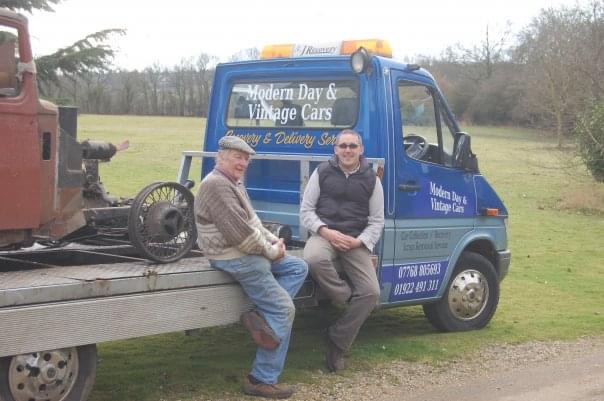 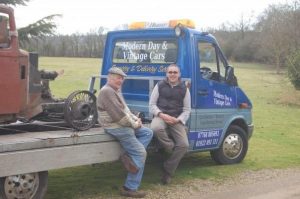 this picture was taken in Essex At the home of the late Alan Browne, Alan was a proper old school car dealer from London and East anglia, When we met I hadn’t two pennies to rub together, the truck we are sitting on I bought with a blown engine and spent my time and money to get on the road, I had not long finished my prison term licence for fraud the term was 5years 6 months. ( I will be doing a piece on this at a later date)
Alan replied to my wanted advert for Rolls Royce or Bentley Barnfind or project.
Alan expressed he had been ripped off and had people visit and steal mascots and valuable items off his massive collection of quality classic and vintage cars, after he told me this I told Alan that I had just served time for fraud and was not that person or connected to the person that caused my incarceration anymore.

Alan had the opportunity to put the phone down on me and never speak to me again, he chose to give me a chance to prove my self.
over the years I sold approximately 15 cars from Alan’s collection and returned him every penny he was due.
even though he was contacted by John Wilde (silver Cloud 11) to say I would rip him off.

we became very good friends and I think I also learned a lot from his knowledge.

over The last few years I have discovered many many collections and hoards due to their owners passing away, this is a sad fact but we are all going that way, I too will be coming to the end of my term on this earth.
but the last 12 months I have been thinking about what’s turning up.

I personally think there are some exciting times ahead (also sad).

it occurred to me that 40 years ago when I was 14 years old there were many high value cars becoming low value cars, and the only people that could afford them and afford to store them were wealthy business men, Rolls Royce Bentley Mercedes Aston Martin jaguar Porsche etc.
the owners of these vehicles are now in their late 70s 80s and are Passing away sadly.

i know this is an ever revolving circle but I think we’re at a very special time with some very rare high value automobiles coming out of the woodwork.