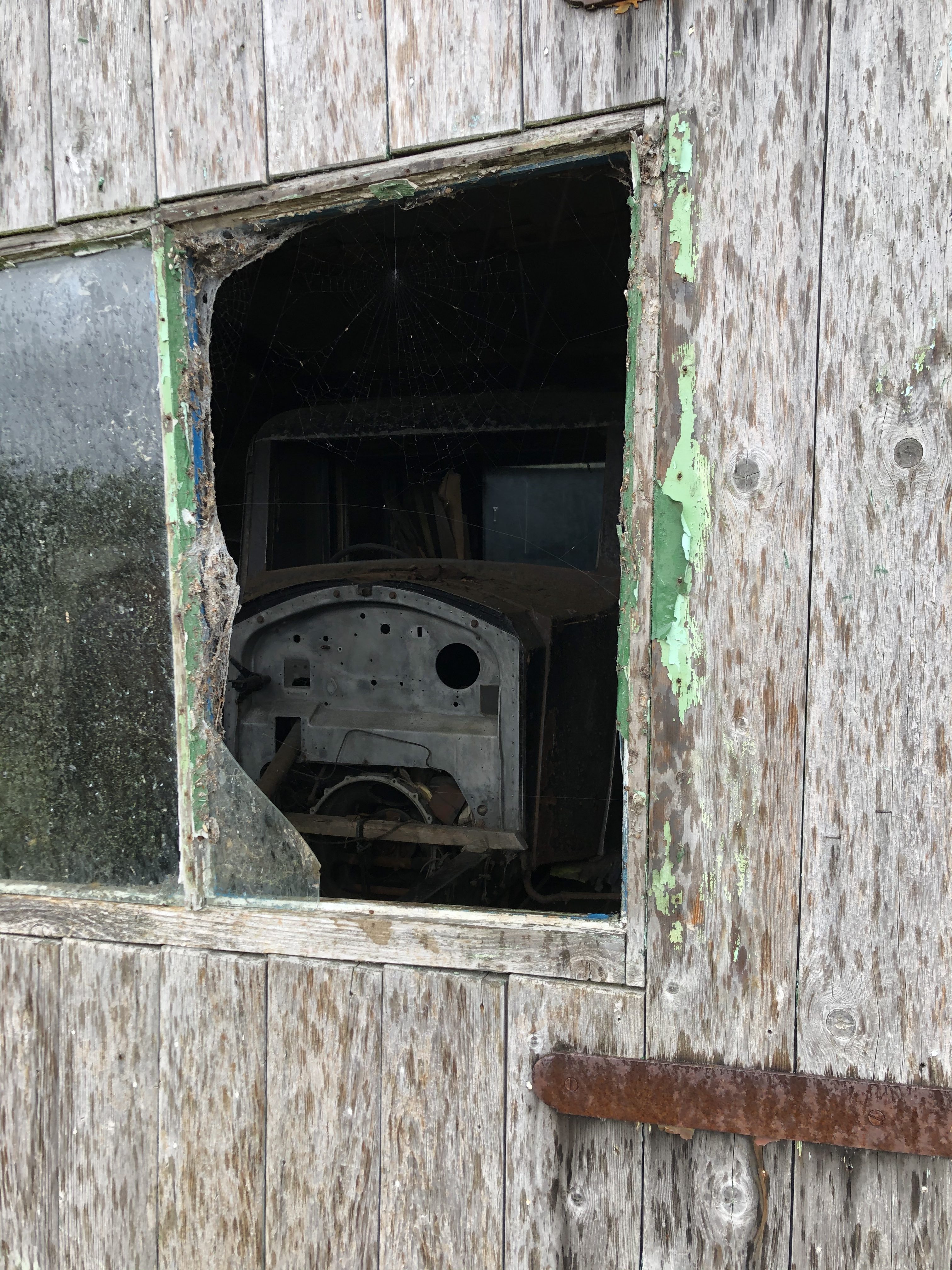 on the 06/09/20 I was contacted by her long term owner an octogenarian and long time RR and B custodian, who came to the brave but sad conclusion that he will never get round to getting this lady back on the road,

She began life as a close Milliner coupled Touring limousine, then as many were, she was put to work as a hearse so reboddied with hearse coach work.

the previous owner purchased the motorcar in the 1960s and used her as a daily driver, he told me she was a beautiful thing to pilot and had a very imposing stance on the road, people would stop in the street to doff their hat at the sight of her wafting along the highway.

he began to do some maintenance on her as the clutch was slipping on steep hills, engine was removed And front spring bushes were changed, and the silk lining on the leaf springs were replaced, also shock absorbers were rebuilt, at this point I believe a nasty Divorce case put paid to anymore work and she became a less important job to deal with, somewhere around this time the German silver radiator was stolen along with the headlights, thankfully the Silver Ghost spirit Wes taken off and still resides along with the Eccuri time clock on his office table.

once the owner made contact and sent me a poor picture due to him not being able to get around so well after suffering with the dreaded gout, I was really interested to go to view her in situ.

we arranged by phone that I would visit him on Wednesday 30th 2020.

he is old school and told me to throw my sat nav in the bin and proceeded to give me co-ordinates and road numbers.

I set off on the 2-1/2 hour journey to West Lancashire.

such a beautiful area with stone buildings, rivers, lakes waterfalls and brooks, however, as I neared the area the Lancashire council sign read

”welcome to saddle worth Moor”

a chill ran down my neck through my whole body! From that moment on I was saddened and could not stop thinking about those poor children murdered and buried out there all alone.
I eventually got to the point where Richard had said “when you get here you need to concentrate and if you turn left you’ve gone too far”

“oh and do you have a 4×4? “
so turning down this track I felt the floor of my car grounding out on Lancashire stone, trying to guide my car to run on the high side and in the rut it became an off road experience, the car swapping sides, my head bouncing off the ceiling and the contents of the car thrown around like I’d been burgled.

Eventually after several left hand bends (which I was told if I turned left I’d gone too far remember)  I came to a hill climb that was very tricky indeed having normal road tyres on the car already full of mud and turning a hairpin bend onto rain sodden grass.

gently easing my way up the hill I Reached the brow to be met by a mountain of a man 6ft5” tall, in an Acubrra hat and Barbour coat leaning on a walking cane!
as I stepped out of the car the gentleman says “ perfect timing”

we rubbed elbows and I looked over the Phantom, she needs some work and would cost £££££ to bring back to her former glory.

i have a plan!
the Gentleman had a garage full of Armstrong siddley parts and a saloon in the corner that will probably come to us at some stage.

we discussed the finer workings of Rolls Royce motorcars and their engineering excellence.

we thrashed out a fair price for us both to be happy with and I paid a substantial deposit and put a lot of loose items in the boot of my car, as we said our goodbyes a Richard closed the garage door (which was open when I arrived)

it was then that I noticed the broken window in the garage door and peering out was this beautiful phantom, but then the chills came Back, as she was looking out onto Saddleworth moor

it struck me that in the time she was sat in that garage she probably witnessed through that broken window the ferrying of those poor children to their last resting places !
i had to capture that picture.
rip poor little angels. 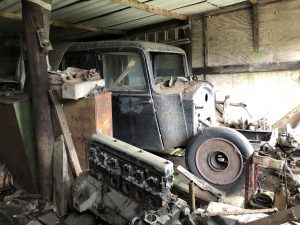 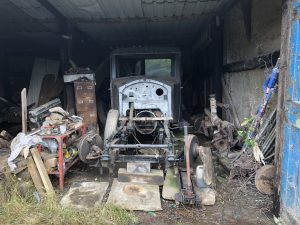 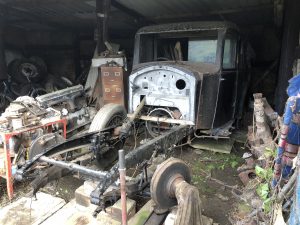 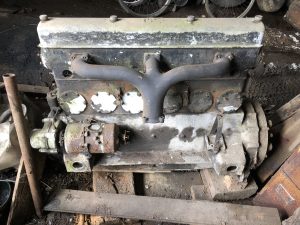 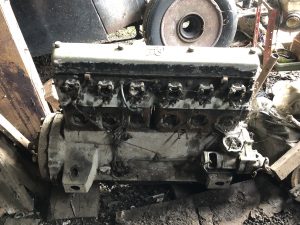 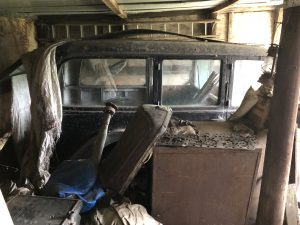 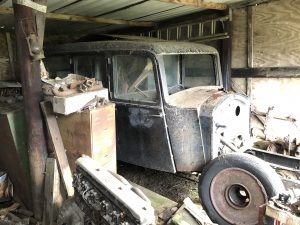 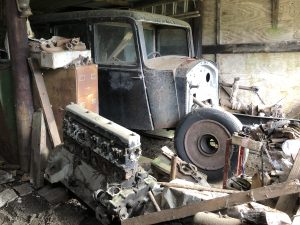 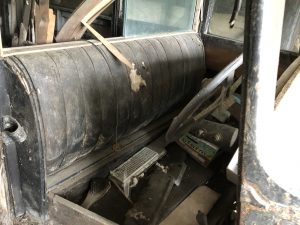 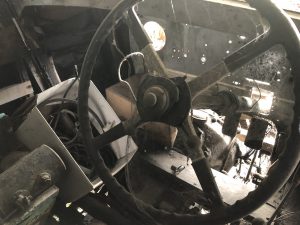 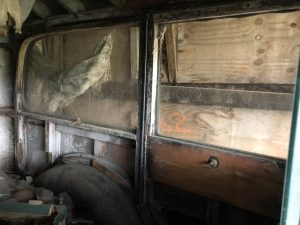 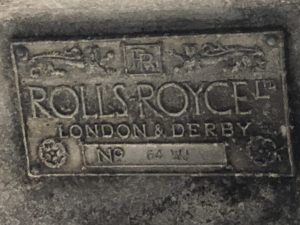 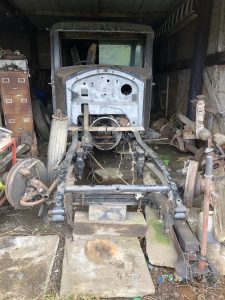 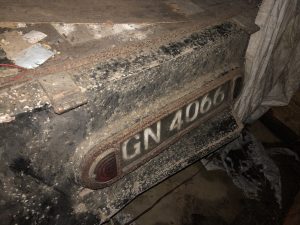 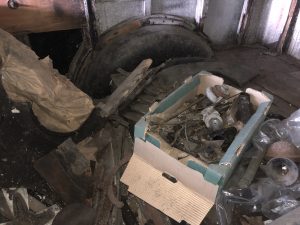 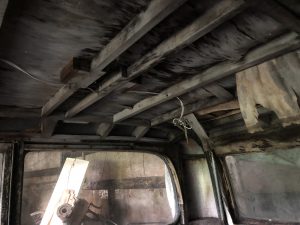 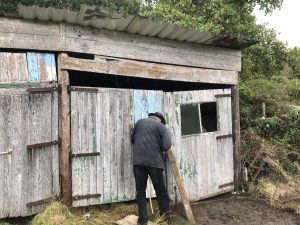 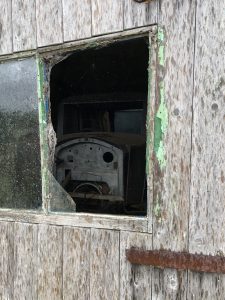